How to find talent from skill development schemes

An acute lack of awareness of available government-run skill development programmes can well become a damp squib on the nation’s hankering to become the ‘Skill Capital of the World’.

The latest Talent Shortage Survey by ManpowerGroup has revealed that Asia Pacific countries face the greatest talent crunch, the five of the top 10 worst affected markets being Japan, Taiwan, Hong Kong, Singapore, and India. 56 percent of Indian employers cited difficulty in filling vacant positions due to a skills mismatch.

What About Vocational Training

According to the Ministry of Skill Development and Entrepreneurship (MSDE), around 127 million individuals will need skilling between 2017-2022 to be good at their jobs across 34 sectors/sub-sectors. 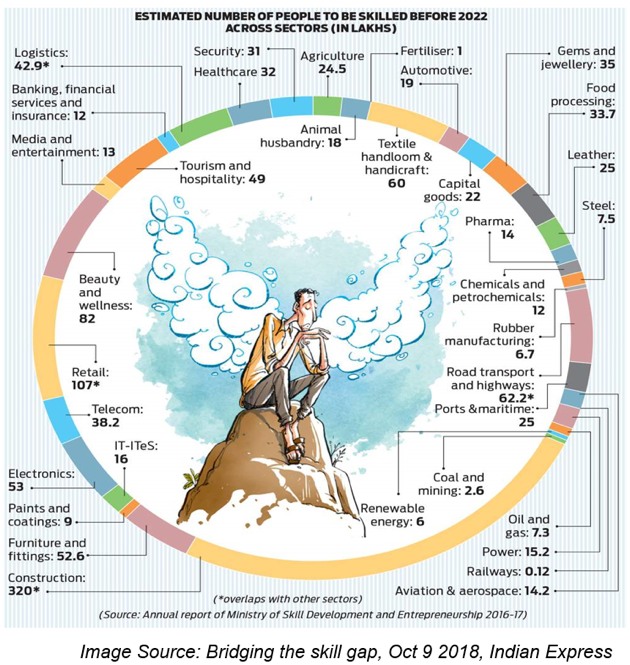 With over 40 skilling programmes implemented by more than 18 government ministries, their related departments and agencies it takes a while to get our heads around what is on offer for businesses. 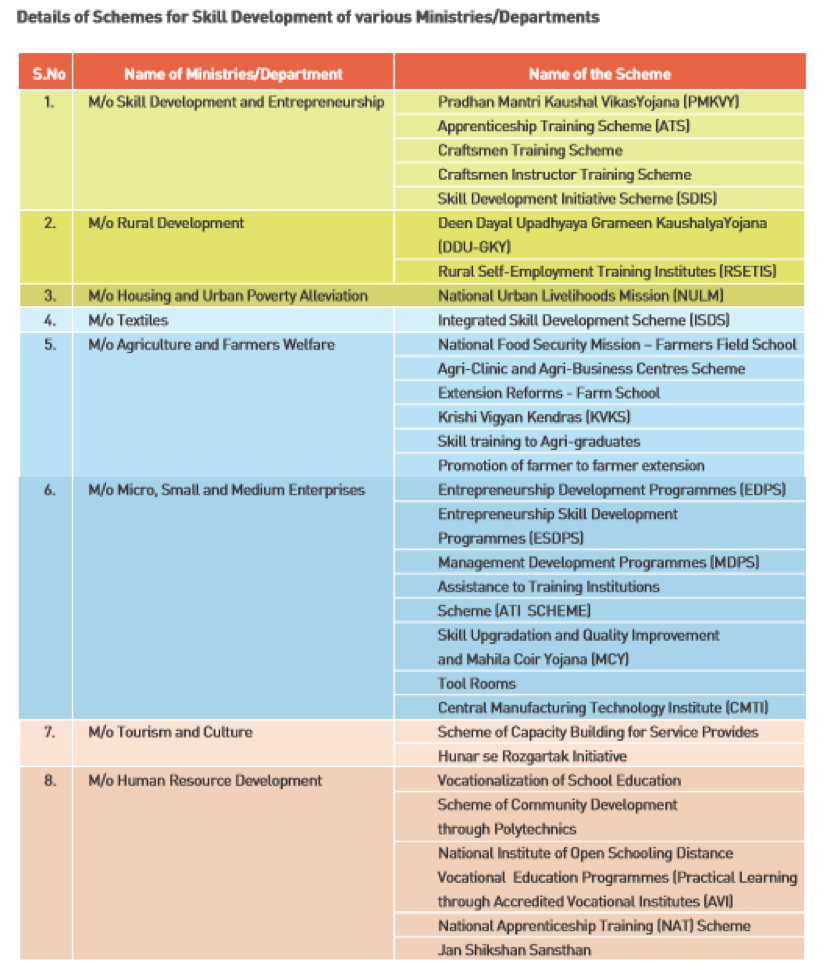 With so much out there and limited awareness of the different types of available training, what choices do employers have in their search for skilled talent?

76 percent of youth have cited being ‘very interested in pursuing skill development training’.[ii] In theory, youth have expressed a strong will to get suitably trained and employers have communicated that they face a severe talent crunch. In practice, how do these two sides meet?

MSDE cites that it trains 6 million youth annually through Industrial Training Institutes, apprenticeship programmes, the Pradhan Mantri Kaushal Vikas Yojana and other fee-based training.[iii]  We look at two of the major sources for skilled candidates that employers can leverage.

Also read: Why Should I as a Business Engage in Apprenticeships- What’s in It for Me?

A major thrust of the government’s skill building ambition has been through Industrial Training Institutes (ITIs). Under the 12th Five-year Plan (2012—2017), the government has underlined skill development with renewed ambition making it a priority agenda item. This has been amplified in plans to increase the capacity of training institutions from the current 2.5 million to 15 million. How? For starters, by turning up the notch on setting up more ITIs and encouraging the private sector to engage in vocational training.

How to start an Apprenticeship Program without a hassle

As of July 2018, there are 14312 ITIs in the country of which 2,204 are government and 12,108 are private.[iv] All are affiliated to the National Council of Vocational Training and come under the Directorate General of Training under the MSDE. 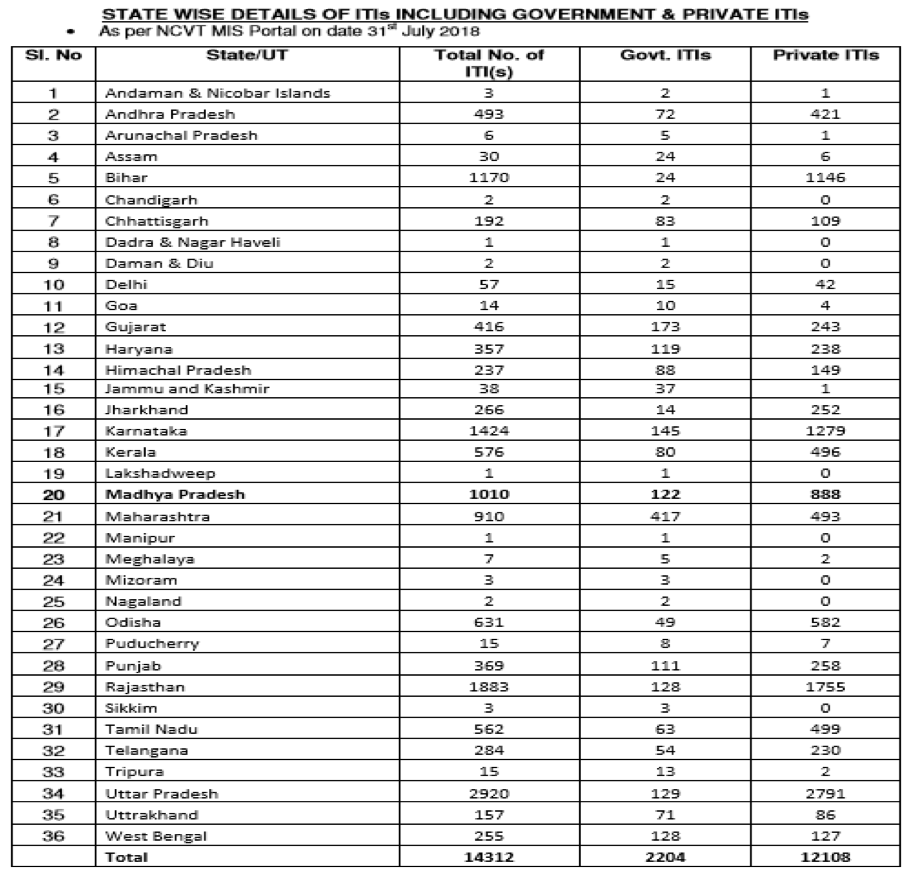 ITIs are often a common thread between training providers and employers and play a critical role in skills training. For instance, most Indian PSU apprenticeship posts ask for a minimum 10+2 qualification and an added one or two years of ITI training. Hence, the quality of training that takes place at an ITI holds particular significance to both the youth seeking skills training and employers seeking relevant talent.

How to hire apprentices the easy way

A special appeal of an ITI course is that it is designed to impart training through a dual learning approach of 70 percent hands-on and 30 percent theory. Towards this, industry participation becomes a critical success factor. Efforts are underway to involve businesses in opening their doors to provide the experiential part of the training through on-site or on-the-job skill development. Up-gradation of 1,396 government ITIs are currently underway through a public-private partnership framework.iv It makes sense for a business to seek out youth from their state/regional ITIs as the training becomes demand driven based on local industry needs.

Also Read: Apprenticeship will make up the 130 million skill deficit in India

ITI trades are also National Skills and Qualification Framework (NSQF) compliant which is a competency-based framework where qualifications are built according to a series of levels of knowledge, skills, and aptitude, from 1-10. This brings about much-needed clarity for an employer to gauge the level of ability of a potential candidate. 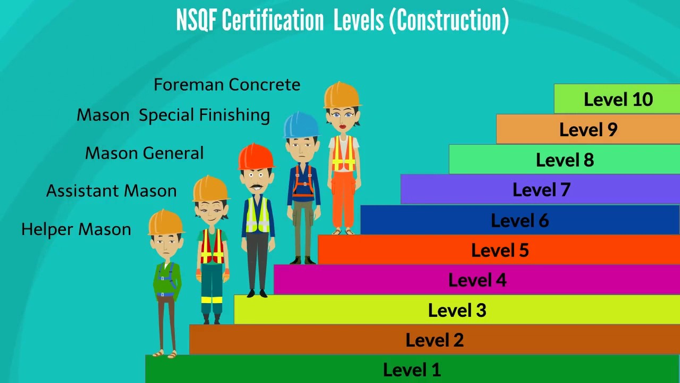 Below is a short helpful film listing the different skill levels of an ITI trainee within the NSQF in professions such as construction, IT and plumbing. NSQF compliant courses are available across sectors such as hardware & electronics, healthcare, food processing, beauty & wellness, retail, logistics, iron & steel, agriculture, tourism etc. Understand Apprenticeship compliance from the experts

An additional advantage of an ITI trained individual is that on successfully clearing the All India Test Trade, the trainee is awarded a nationally recognised Trade Certificate by the National Council for Vocational Training. This brings about standardisation in skills for the future employer.

PMKVY is the largest skill certiﬁcation scheme, launched by the government in 2015. It is implemented by the National Skill Development Corporation (NSDC). Encouraged by the success of the scheme in its first year it has been approved for another four years (2016-2020) to train 10 million youth. For state-level implementation of the scheme, the NSDC is setting up 12 regional ofﬁces which will coordinate with the respective State Skill Development Missions (SSDMs). 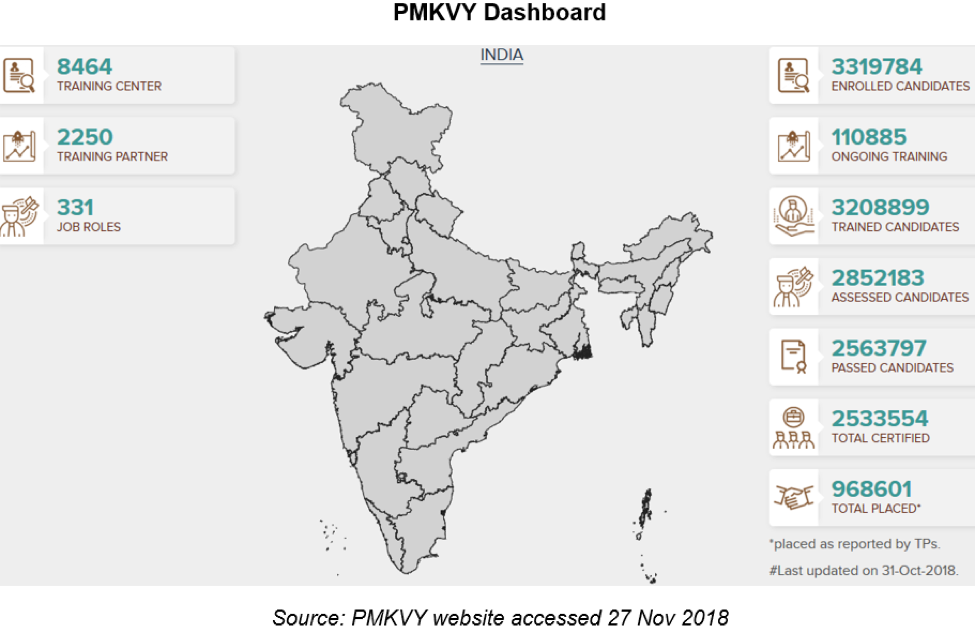 A major focus of the scheme is to skill drop-outs from the formal schooling system or the unemployed. This holds special significance given the dropout rate from formal education peaks at the secondary level (class IX-X at 17%, as compared to 4% in elementary school (class I-VIII) and 2% in upper secondary school (class XI-XII).[v]

The success of skills training programmes such as the PMKVY will ultimately depend on industry absorption of trained individuals. At present, there are 221 job roles under the PMKVY across sectors. Detailed information on the sector and state-specific training providers which employers can approach to find suitable candidates can be accessed here.

Also Read: Sectors and job roles opening up for apprenticeship

Moreover, SSDMs have been charged with creating a dynamic database of employers and their requirements for skilled manpower in each state in different sectors. It is also critical for employers to engage with training providers and enlist themselves in job fairs or Kaushal and Rozgar Melas which training providers under PMKVY are mandated to hold every six months to place successful candidates with industry.

Recognition of Prior Learning (RPL)

Predominantly, an SME in the unorganised sector makes no distinction on whether an employee has gained skills on the job informally or is formally certified. Which means there is no wage differential. This narrow mindset throws a spanner in the works as in the long run it is extremely detrimental to economic progress. It is a major challenge for workers absorbed in the informal sector to not only skill-up but also have their skills recognised.

With over 93 per cent of employment in the unorganised sector,[vi] RPL is a key component of the PMKVY focusing mainly on individuals engaged in informal work and provides a massive window of opportunity for employers to tap into skilled candidates or reap the benefits of skilling their own workers at no cost to themselves as training under PMKVY is fully government sponsored.

A skilled worker will invariably produce superior work and it falls on employers to take advantage of schemes such as PMKVY to re-skill their informal workers through offerings such as RPL. Additionally, PMKVY trainees emerge with a nationally recognised qualification based on NSQF standards. There is also the moral contribution of enhancing the employability latitude of an individual with no prior skills training. The glaring skill development predicament in the country requires large employment numbers of certified workers to take place in the unorganised sector. A multiplier effect on a staggering scale can be achieved if employers absorb skilled workers from the PMKVY or send their own workers for training under RPL. Yes, employers will have to pay a skill premium but it is a cost worth paying.

Great ideas need a collective buy-in and a policy or scheme is as good as its uptake and output on the ground. Awareness building and industry participation require a fair amount of re-imagination given the kind of numbers that the government is looking to skill. The jobs and skills mismatch problem is real and alarming. We all have a role to play to recognize the various skill-building schemes on the table and take up the offers.

[ii] Future of Work in India and its related publication Young India and Work- A Survey of Youth Aspirations- Oct 2018, World Economic Forum and ORF

[vi] Skilling India- A look back at the progress, challenges and way forward- FICCI-KPMG

A Teachers’ day tribute to all our mentors and trainers - the unsung heroes.